Make a realistic bullets in Unity with C# 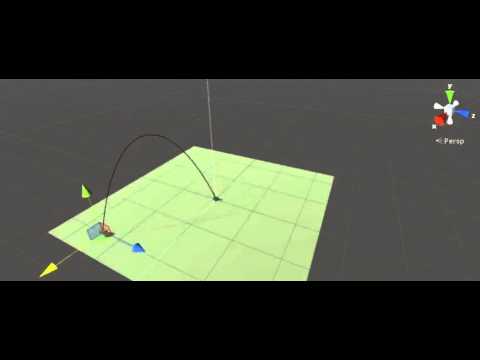 Now we need something that can fire bullets. Create an empty Game Object and rename it to "Turret." To this turret you should add a Line Renderer so we can display the bullet's path through the air. The turret also needs a body, so add a cube as a child to the Turret with position (0, 0.25, 0) and sscale (1, 0.5, 1).

Make sure you can rotate the barrel if you are rotating the barrel connector, that you can rotate the turret, and that it looks like a turret with a gun by adding materials. Anyway, the exact dimensions are not important, but your scene should look like this (Ignore the GameController, it is just holding the camera and the light):